[print_thumbnail_slider]
Our 5 year old is little Mr. Superhero. He has been obsessed with superheros for more than a year. You can see proof here with his Super Hero Squad Party from last year. He loved it so much he wanted a super hero party again this year, but since many of the guests would be the same, we switched it up a bit and thanks to the Cricut and the Target Dollar Spot we decided on a Batman Birthday Party. 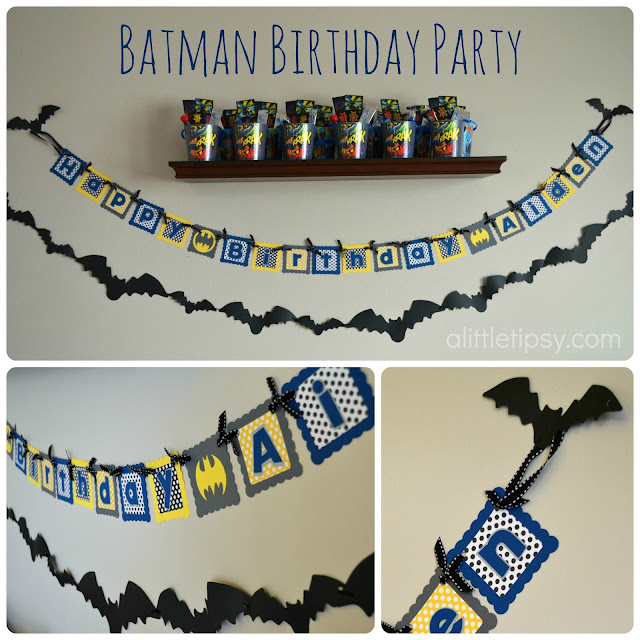 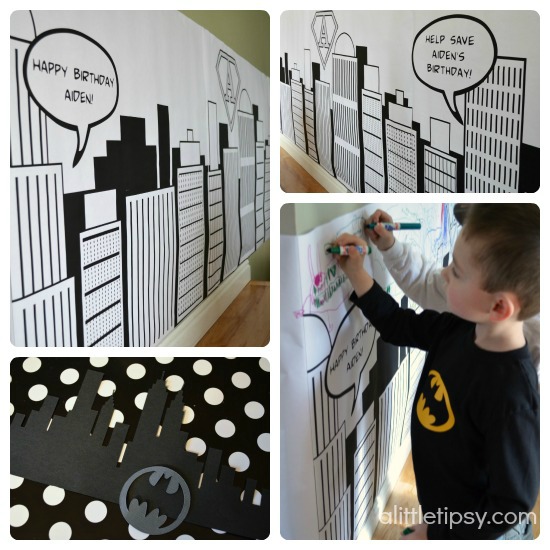 We covered the wall with this amazing printable personalized skyline from Ander’s Ruff and had the kids color it while we waited for all the guests to arrive. We had cutouts of skylines and bat symbols spread around tables to add to the theme. 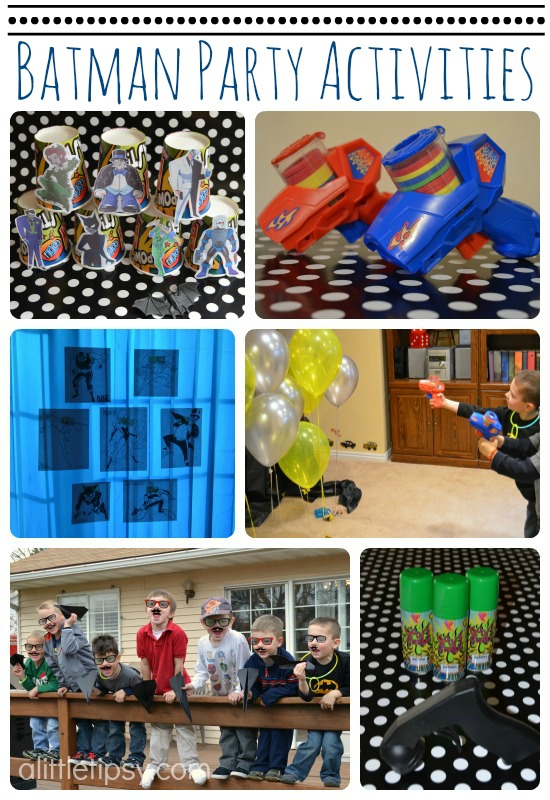 We had lots of fun Batman themed activities for the boys: 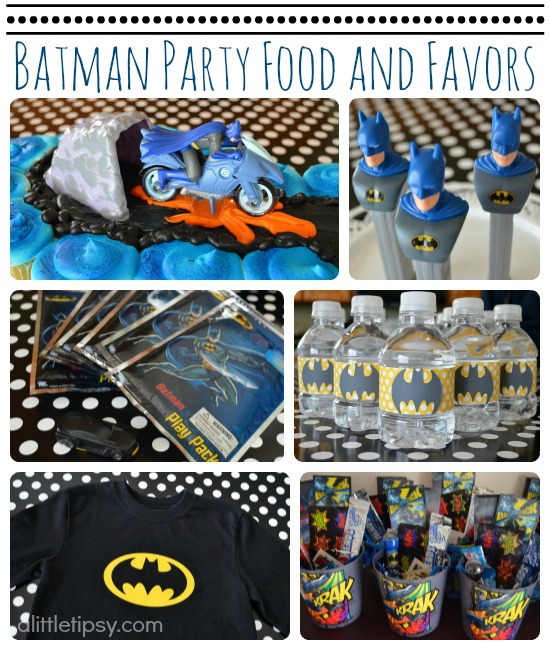 I went easy with treats this year and just did a Batman Cupcake Cake from Wal-Mart and Invisibility Serum (aka water bottle dressed up with Batman symbol).
Download the free Batman symbols for drinks cricut file.
I like to make my boys matching shirts for their parties so of course this time they were Batman shirts made with iron-on.
Download the free Batman shirt cricut file.

We sent each guest home with  pack of goodies (Many of which were from the Target dollar spot 50% off making them 50 cents!):
The winners of the Batplane contest took home Batman Pez Dispensers.

The kids had a fabulous time and wore me out completely. This post is getting a little long, so stay tuned for the DIY Batman Birthday Party Invitations coming soon!

Disclosure: I am a Cricut Affiliate. All the ideas and opinions are my own.
We have decided to truncate our feed to help protect against stolen content. I apologize for any inconvenience. Please love us anyway. 🙂
Tweet
PinIt