We’re debuting the Point of View theme ideas a little early this month because though GIFTS is a fitting theme for Black Friday we though you might be busy with gifts elsewhere. 😉 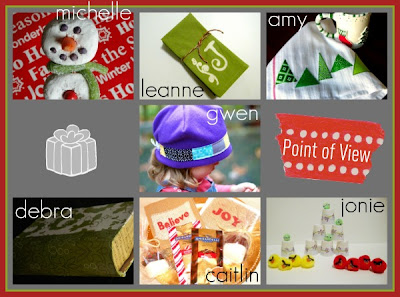 Michelle (Stay right here!)
Leanne (Organize and Decorate Everything)
Amy (Ameroonie Designs)
Gwen (Gwenny Penny)
Debra (Housewife Eclectic)
Caitlin (Cait. Create.)
Jonie (Just Between Friends)
& YOU!!
We want to see your Point of View on gifts so be sure to link up your gift ideas on the Point of View link up on Organize and Decorate Everything!
Without further adeiu, an ode to the Snowman.
I grew up with a little song called “Once There was a Snowman.” Are you with me here?
Once there was a snowman, snowman, snowman.
Once there was a snowman tall, tall, tall.
In the sun he melted, melted, melted.
In the sun he melted small, small, small.
Lyrical genius right?
I saw the donuts with the carrot nose and thought an expansion on that idea would be the perfect homage to said song.
{Donut Snowman on a Stick} 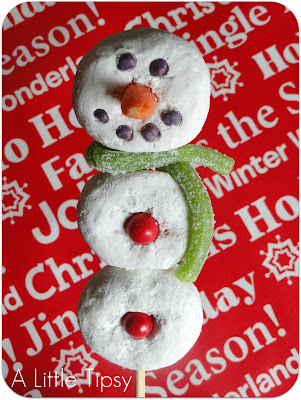 CAREFULLY (two donuts were harmed in the making of this snowman) skewer three powder donuts.
Cut a baby carrot in half and put in hole for nose. Add grape Nerd eyes and mouth to look like coal. You my need a dob of frosting or honey to hold them in place. 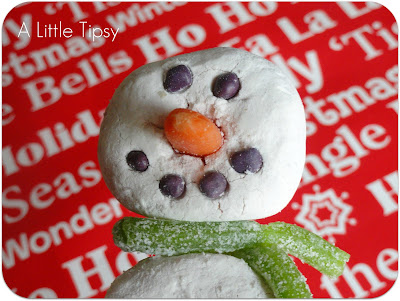 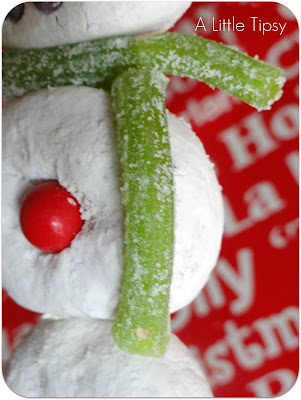 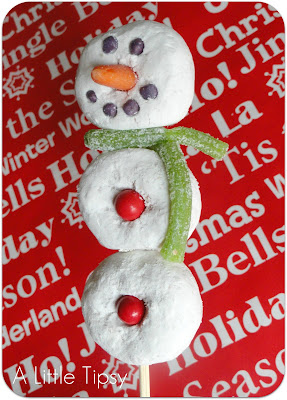 Place in a treat bag with a bow and pass out to your friends. 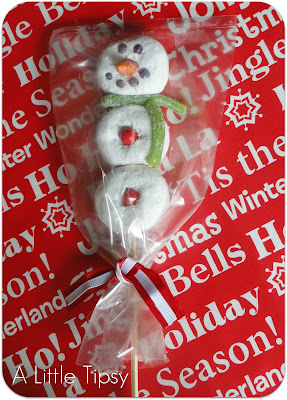 They will have all sorts of fun singing the song and gobbling him up small, small, small. 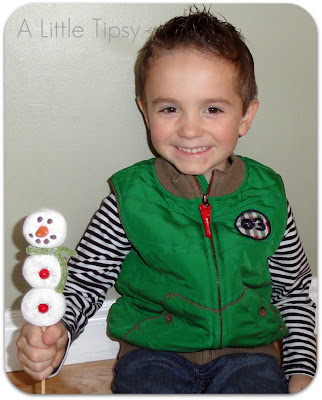 Be sure to visit the other girls for some great gift ideas and link up your gift ideas on the Point of View link up on Organize and Decorate Everything for your chance to be featured!
Tweet
PinIt